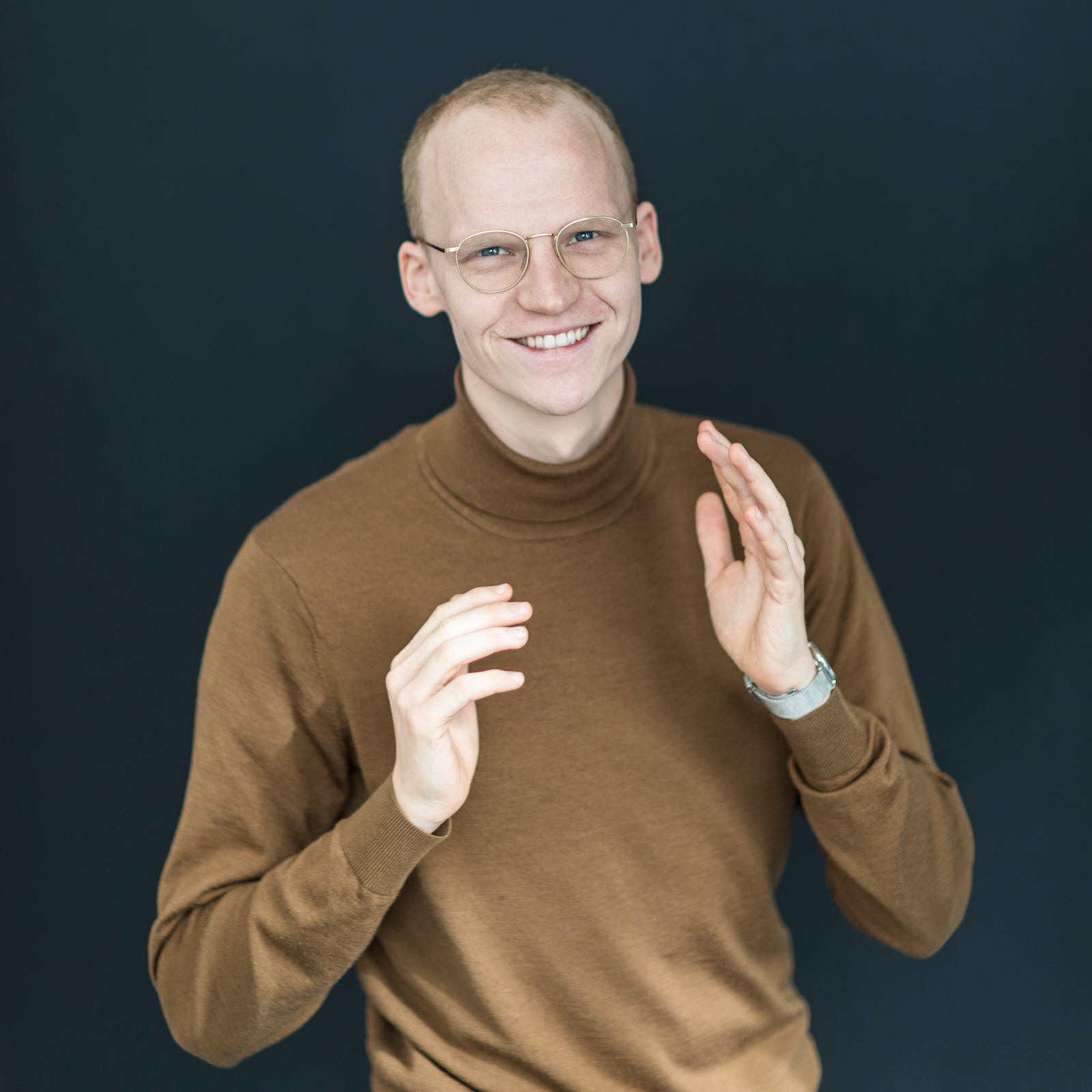 Tijn Wybenga (1993) is a composer and conductor in the Amsterdam music scene, combining orchestral colours with electronics and improvisation. From 2019 till 2021 Wybenga was Artist in Residence at the BIMHUIS jazz-club in Amsterdam. The BIMHUIS sent Wybenga (1993) out with a goal; lead the way for jazz in Amsterdam. During the span of two years Tijn Wybenga was instructed to research and compose to discover the sound of Amsterdam in the 21st century.

Together with orchestra AM.OK - which Wybenga founded back in 2016 when he graduated from the Conservatorium van Amsterdam - Tijn released two albums: “Live @ BIMHUIS” and “Brainteaser”. The last album has been described as “ fresh vibrating future jazz” and “rich and compelling” by the national Dutch newspapers.

Wybenga’s music is inspired by classical, hiphop and jazz music, fused with influences of South-African, Turkish and Indian styles. For the last three years live electronics became increasingly important to his work.

In the summer of 2021 Tijn composed Narcissus' Fractured Image for solo Klarinet and 7 speakers that was included in the musical performance NOX by Jelmer de Moed. This performance was played during the Dutch Classical Talent tour in 2021/2022.

In 2018, Tijn directed and composed a modern jazz opera consistent of text, dance and music, called "Prikkel" (transl: (over)stimulus). The piece explores the dichotomy between nature being the source for all and the influential presence of modern technology, and the struggle we face balancing those two in our world today.

Wybenga won the Rogier van Otterloo Award 2018, for the best young composer/ conductor/arranger. In 2013 and 2015 Wybenga won the second and the first price respectively at the Prinses Christina Compositie Concours.

Wybenga works as a composer and arranger for the Metropole Orkest, Nederlands Blazers Ensemble and Dutch National Youth String Orchestra. Additionally he works as composer and musical leader in various Music Theatre productions